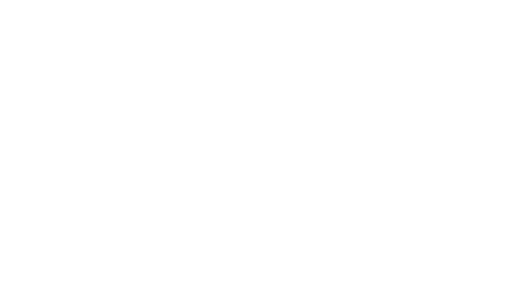 New to WordPress? We’ve put together a list of WordPress terms you might hear, and explained them for you. Have a look through the glossary and let us know in the comments if there’s anything we’ve missed.

Well, I spent most of 2017 on maternity leave. 9 months minus 2 weeks in fact. Although my baby was born in 2016, he was born on Boxing Day, with less than a week left in the year. So it’s quite obvious what my biggest accomplishment of 2017 is! He makes my heart burst with pride. He’s an absolute cutie, an explorer, and a friend to everyone he meets.

Nine months of maternity leave gave me plenty of time to think about my business. Often during feeds and at unearthly hours in the middle of the night! I was apprehensive about getting back to it. But at the same time I was excited to be able to start implementing all the ideas I’d had during the break.

In the three months of 2017 that I’ve been back, I’ve done a mixture of client work, and spending time working on my business and laying a firm foundation for the year ahead. My accomplishments for 2017 are the things that I’m pleased that I invested my time in.

So perhaps you have a church website and are wondering what you need to include on it. Or you might be thinking about setting up a new website for your church and need a bit of inspiration. Well, look no further, we’re going to talk you through nine features that every church website needs and why they are essential for a helpful and inviting website.

The most important thing to think about when designing your church website is who you are aiming it at. Have you designed your website for your current church members or for people who are looking to visit your church? I think the way to go is to make sure new visitors to your website (and hopefully then your church) feel welcome. If your homepage is packed with rotas and huge photo slideshows of your recent church camping trip, have a think about what the people who are unfamiliar with your church would like to know.

Your church members will probably hear about the latest events during the notices at your Sunday or midweek service or via the church newsletter.

As a web designer, there’s nothing like designing your own website to get you thinking about the design process. Going through the different phases from start to finish helped me clarify what works. And it deepened my belief that this process is the way to go. I hope by discussing it, you’ll be able to tackle your website design with confidence, and have a clear and straightforward path to success.

Lesson One: Clarifying your brand and business goals at the very beginning gets a better result

So often people don’t put much thought into why they want a website in the first place. Pretty much every business has a website. It’s just one of the boxes on the ‘starting a business’ checklist that you have to tick off. Everyone needs a website right?

While I agree that nearly all businesses can benefit from a one, different businesses use theirs in different ways. And how should you use your website? To meet your wider business goals.

If you know your business goals, you can make sure your website helps you meet them.

Here’s a question: when you’re getting your website designed, do you start with the design first or the content first?  If it’s a new website, there’ll be all new content to write. When you’re having a redesign you may want to add a new testimonials page with the comments you’re so proud of. You might add a new blog so you can share your expertise. Occasionally, with a redesign it’s just a case of refreshing the fonts and colours and leaving the text as it is. But more often than not, there’s quite a few changes you’ll want to make to your content.

Websites are an amazing tool for business owners. They can be beautiful, stunning and take your breath away. They can solve all manner of problems, like how to give your customers your very latest product prices. They can save you money by keeping your clients up-to-date with your latest services without you having to reprint your flyers or resend your PDFs. But let me put it to you: websites in all their glory are a bit useless unless they have relevant, engaging content that grabs and inspires your customers.

Ready to get in touch?